All the children across both Year 6 classes worked exceptionally hard to keep our now firmly established tradition of House Charity Day going strong. There were more stalls than ever this year, all conceived, resourced and promoted by the Year 6 children. Games included ‘sweet-pong’, a lego competition, guess the objects in the jar, treasure hunt, a book sale and, of course, the now obligatory opportunity to splat Year 6 children with water guns. We were lucky enough to supplement the children’s games with 6 home made arcade-style games that were lent to us courtesy of a local children’s charity.

All the year groups had a fantastic time and the Year 6 children were commended for the way they encouraged participants from all the classes to get involved and of course, a significant sum of money was raised for each of the House Charities.

On Friday 8th June, the week ended on a fantastically positive note with our House Charity Day. The Year 6 children, with some assistance from the Year 5 Vice Captains, devised a range of fun activities for the children to play and created the resources and promotional materials. These included a coin flipping game, a treasure hunt, an obstacle course and the opportunity to soak Year 6 children with sponges (this was many people’s favourite).

The children raised money for four different charities, including some worthy local causes and a fun time was had by all. The house captains had the following to say:

Lucy: “It was good because it let us interact with all the year groups and everyone enjoyed the activities. Also I thought it was worthwhile because everyone got to have fun whilst raising money for charity.”
Madeleine: “I think that the event went really well – I could tell that the children enjoyed themselves and we felt proud that we’d raised lots of money for charity.”
Al: “I thought the fundraising day went extremely well because all of the activities were very busy, which meant we raised lots of money for our charities. I found with the treasure hunt, penalties and obstacle course it was a really good way to have fun with children of all ages.”
Cate: “I think everyone enjoyed the activities especially throwing soaking, cold, wet sponges at us. They loved watching us suffer with loads of sponges hitting us every second! Lots of children enjoyed our other activity, which was naming the shark. We had nearly 200 names suggested for our shark!”

On the 25th March, Manland School joined lots of schools across the country to raise money for sports Relief. 50% of this money will go towards making a difference in the UK, and 50% goes towards transforming lives across the world’s poorest communities.

Children had an assembly in the morning so they could understand why we were raising money. Then various sporting challenges followed, for example in Year 1 they challenged themselves to do the most star jumps in a minute. Children then played a fun game of guessing their teachers’ favourite sport stars.

Before lunch, there was an exciting netball match with a team of Manland staff playing against the Year 6 team. It was an action packed game with plenty of goals. The game was very close with an eventual score of 6 all. Thank you to parents and carers who contributed towards the fundraising effort.

Our School Council organised fundraising activities to support Children in Need.  Throughout the day, children came to the hall with their spare change to try and fill a gigantic Pudsey! It was a great team effort and Pudsey looked fantastic at the end of the day.  After school, the councillors set up and ran a cake sale.  This proved very popular, with all of the cakes being sold out!  Thank you for all of the cake donations.  The school are very proud to have raised a total of £349.93 for Children in Need.  Well done everyone! 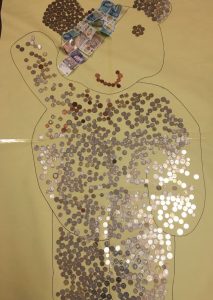 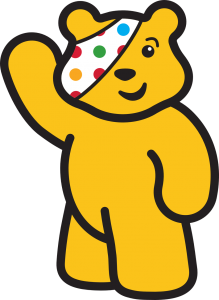 Our house captains worked with their house groups to plan activities for our house fundraising day.  The children had great fun as they raised funds for a range of charities. 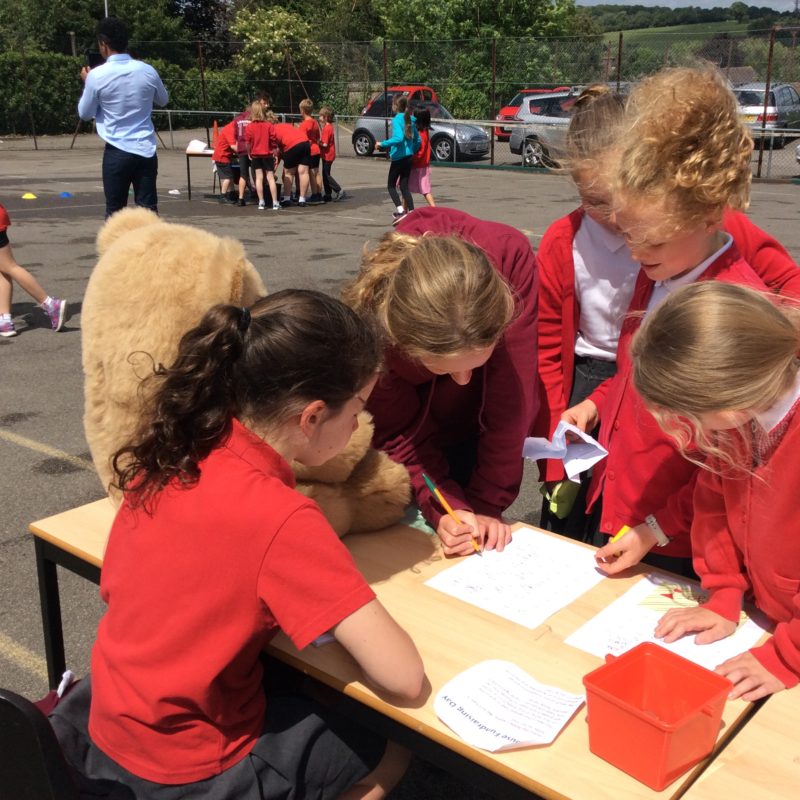 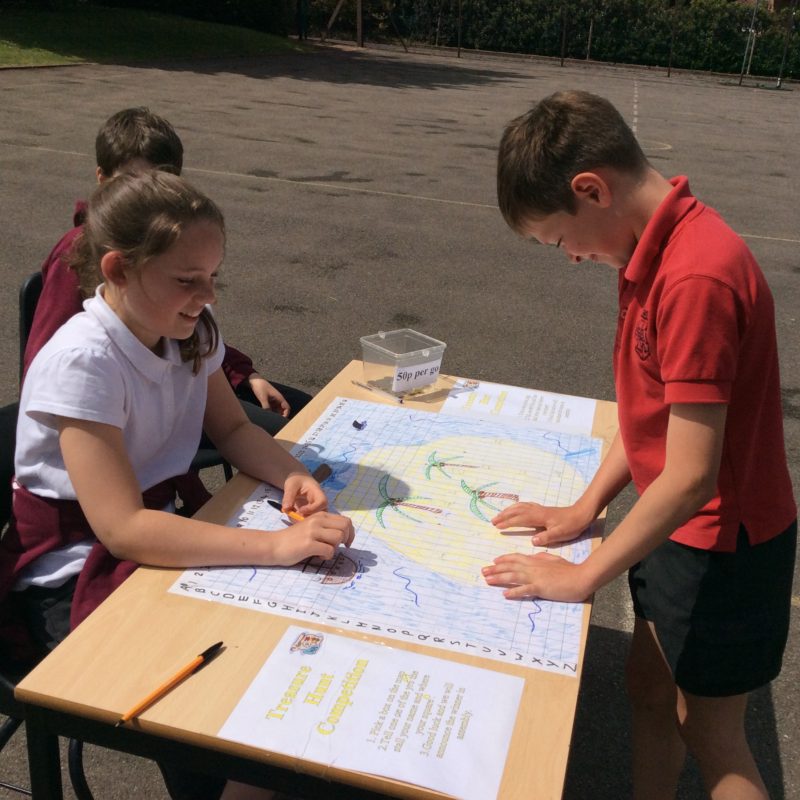 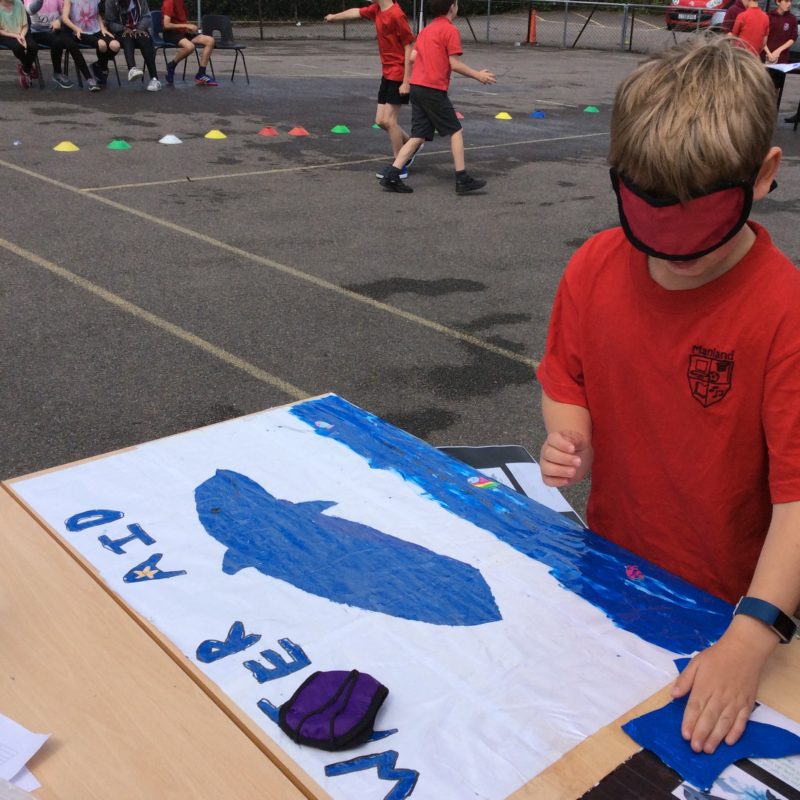 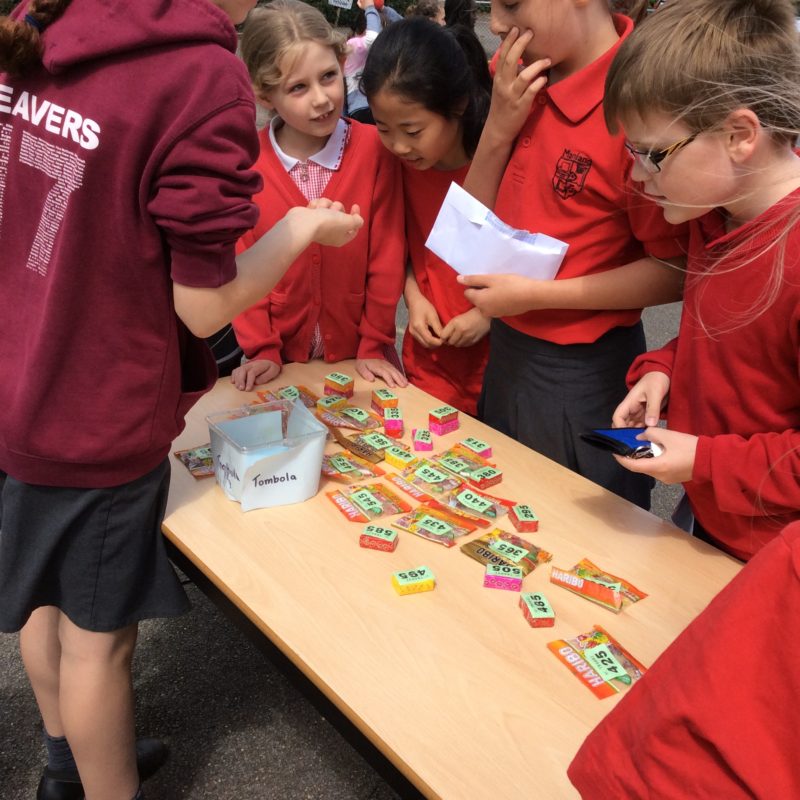