Sports Day 2020 (Reception and Year One)

We were delighted to be able to run a scaled down version of Sports Day for Reception and Year One before the end of term this year. Here are some photos to show how well the children did. Well done to all of the children who took part!

Six, Year 6 representatives attended the Chess tournament at High Beeches school taking part in the annual Harpenden Chess Tournament. The level of competition was extremely high and the children engaged in four competitive rounds, culminating in a playoff amongst the top four schools. Manland emerged third overall, with every child successfully winning at least one of their stages. 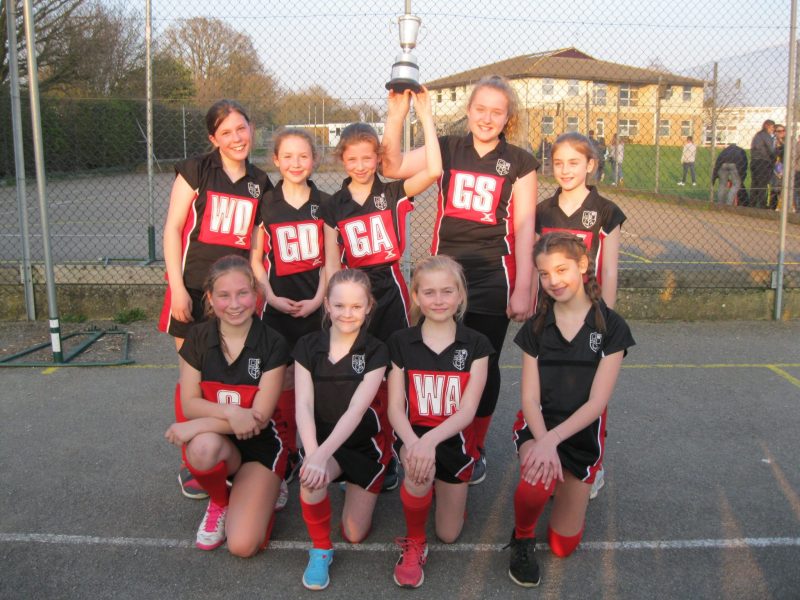 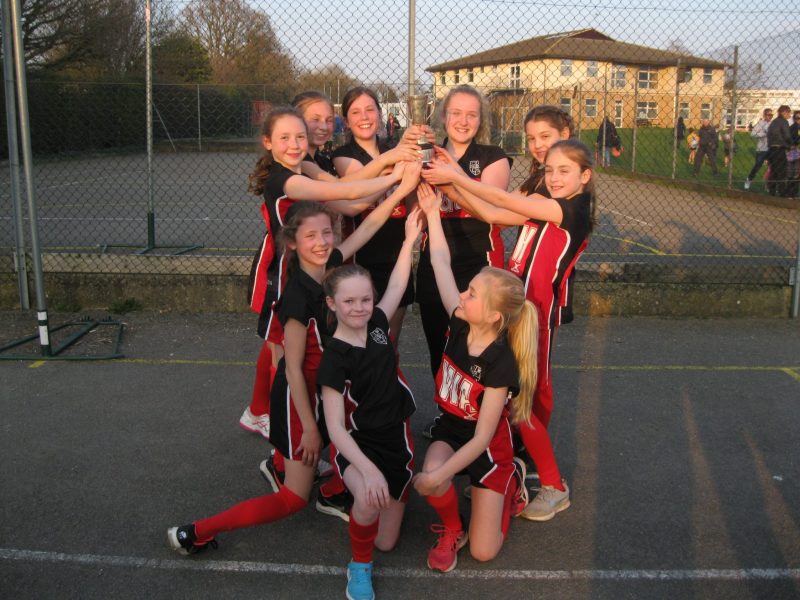 Our Year 5 and 6 girls took part in the girl’s football league this year with triangular matches held at different schools, culminating in a football tournament held at The Grove school.

The Year 6 boys finished third in the football league this year playing some great football they managed to win 3 matches, draw one and lose 2. They had a good tournament at Wood End losing only one game but unfortunately not making it through from the pool stages.  The Year 5/6 Development side showed some encouraging football for our next season. Our Year 3/4 footballers also displayed some good skills at the tournament at Sauncey Wood finishing 3rd in their pool.

Manland were in Pool B they had 5 games to play throughout the afternoon, the first match was a 5-2 win against St Helen’s. Second match against Kimpton saw a reverse of the score and a 5-2 loss. Our third game against High Beeches was a very tight and highly contested battle which Manland managed to win 5-4. St Dominic’s were next and Manland managed a slightly more comfortable win at 6-3. The last match in the Pool against St Nicholas would see us in the 3/4th playoff with a win and 5/6 playoff with a loss. The match was very tough with some great rugby from both teams, unfortunately Manland lost 5-3.

Our playoff match was against The Grove who had also finished 3rd in their Pool.  The final score was a win for The Grove 8-4, so a 6th place finish for Manland out of 13 schools. 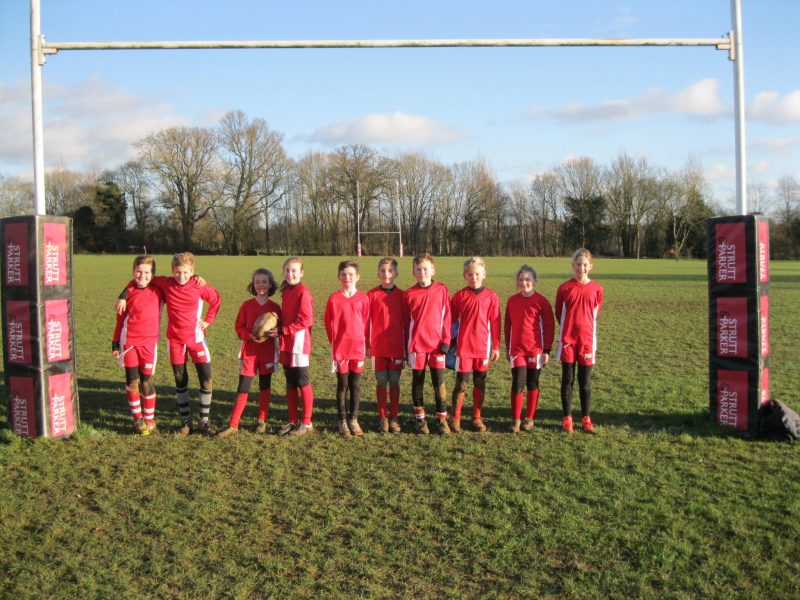 On Thursday the 6th June the annual Rounders Tournament was held at Redbourn Primary School, 14 schools attended and they were divided into two Pools. Manland were in Pool A with Roundwood, Wood End, St Dominic’s, Kimpton, Sauncey Wood and The Lea. We had 6 matches to play with a possible 2 more if we made it out of our Pool, the aim to finish in the top two schools as just the winners and runners up went through to the semis.

Our first match was a very close game against St Dominic’s and resulted in a draw 4-4, our second was a 6-3 win against Wood End. Onto our third game of the afternoon which brought another win 61/2 – 3 against Kimpton. Then came our first loss of the day and only by 1/2 a rounder, unfortunately Roundwood managed to beat us 6-61/2.  Two matches left in the pool which we secured wins against Sauncey Wood 5-2 and a smashing 8-31/2 against The Lea.

The the semi final games were, Wood End v Crabtree and Redbourn v Manland. Crabtree managed to win the first semi and although Manland played some great rounders in the match unfortunately couldn’t match the very efficient fielding and batting of Redbourn. The match finished 5-3 in favour of Redbourn.

Well done to all that played with great team spirit and encouragement throughout and some smashing batting and fielding performances, over the course of the tournament Manland scored a total of 33 1/2 rounders with everyone contributing. Excellent efforts from – Eloise, Mia, Ella L-G, Poppy, Olivia, Alice, Ryan, Charlie B, Archie, Miles, Will and Charlie M.

Fourteen schools took part in this years tournament with the usual two Pools – Manland were in Pool B against Sauncey Wood, Crabtree, Roundwood, The Lea, The Grove and St Nicholas. Manland started the tournament with back to back games against Sauncey Wood and St Nicholas winning both games quite comfortably. A short break and then back out against Roundwood securing another win, with confidence building a short break for lunch, Manland took to the pitch against Crabtree and managed to produce our best batting performance losing no wickets and restricting Crabtree to a low score.  Our penultimate opponents were The Lea who again did not upset Manland’s unbeaten record. The final match in the Pool games was against The Grove which was our tightest scoring game with only 10 runs separating the two schools, however another great batting performance saw no wickets lost for Manland and 3 taken.

With all matches won in our Pool Manland were in the final, Pool A was won by St Dominics who also managed a clean sweep of wins. Third and fourth playoff was The Grove v Wood End, fifth and sixth playoff was Crabtree v Redbourn and the final playoff seventh and eighth was St Nicholas v High Beeches.

The girls and boys of Manland played another smashing game of cricket for the final, fielding first and restricting St Dominics to just 228 for 5 wickets.  Our batting was confident, girls and boys alike hitting boundaries and running well between the wickets, with great communication, only one wicket was lost in our innings.  Manland won the match 255-1 against St Dominics 228-5.

The results of the Kwik Cricket Tournament 2019

Due to Manland winning the Kwik Cricket festival we were given the opportunity to represent Herts at the School Games held at Oakland’s College which our team did in July and although we didn’t win, the team had a great experience. 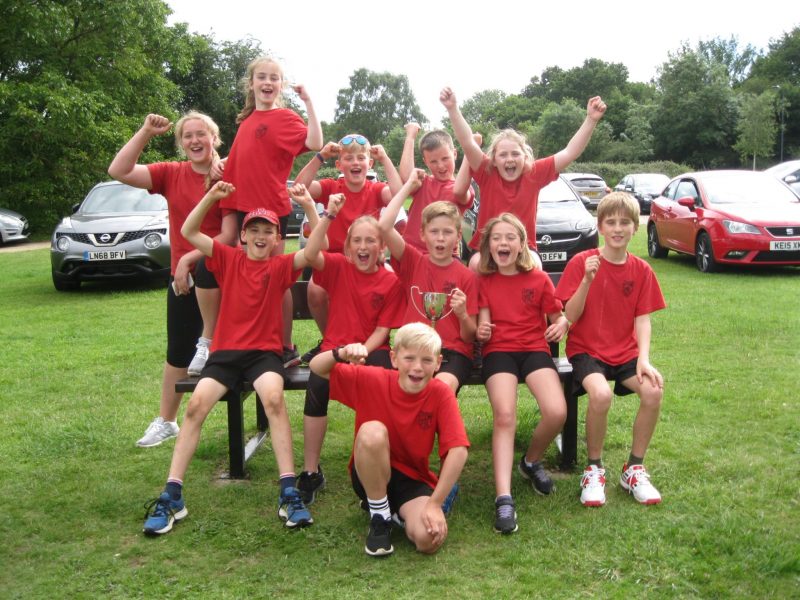 The final event of the Herts sporting calendar the District Athletics Meeting was held as usual on the SJL playing fields on Tuesday 25th June.   The events sees 16 schools from around the district coming together to compete in both field and track events

The evening commenced with the field events with Manland representatives in Year 5/6 displaying some new throwing skills in the javelin competition and jumping aptitude in the standing long jump and triple jump.  A notable second place jump for Freya O in the long jump gave Manland our first points of the evening.

Once the field events were completed the heats for the flat races started moving through Year 3 to 6, we had athletes qualifying for boys and girls finals in all flat races apart from Year 6 boys. Results from the flat race finals brought points from Year 3 – Thomas J and Year 5 – Maya S with 3rd place finishes, Year 5 – Leo Da S with a 4th place and Poppy B, Year 6 with a 2nd place.

The shuttle relay heats and finals brought the usual excitement to the meet with a few dropped batons along the way! Manland managed to make the finals in the girls relay in Years 3, 5 and 6. From those finals we picked up extra points from a very good 2nd place finish for the Year 3 team and finally a long awaited and deserved 1st place for the Year 6 girls!

Also on the programme were the distance runs 400m for Year 3 and 4 and 600m for Year 5 and 6.  An excellent and very confident run from Suzy B brought a 1st place finish, Jack L coming in 7th for our Year 3 children.  Well done to Freya O, Year 5 who managed an 8th place finish and Alice Tant Year 6 finishing with a well deserved 3rd place.

Unfortunately, Manland didn’t manage to pick up a trophy on this occasion but our girl athletes finished in second place contesting the Girls Athletics Cup.

Congratulations to all our athletes who represented the school and for displaying great support for each other in all our endeavours. Thank you to all our reserves who needed to be called upon on the day and the others who provided non-stop encouragement.

Manland finished in fourth position in the race for the large schools Woodward Cup, all points from sporting events and leagues for the entire school year are totalled up on the evening of District Sports including the athletics competition. Next year Manland will move back to competing for the Bonner Cup for small schools.

Sports day was another resounding success this year. All of the children showed grit and determination in all categories. Once again, it was lovely to see the team spirit that is so typical of Manland School as the children cheered on their team mates. The weather wasn’t too bad either! 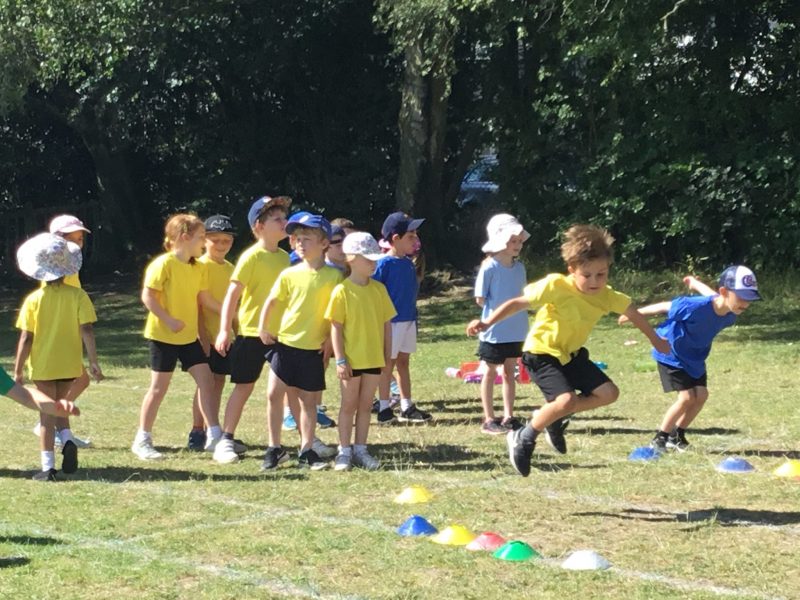 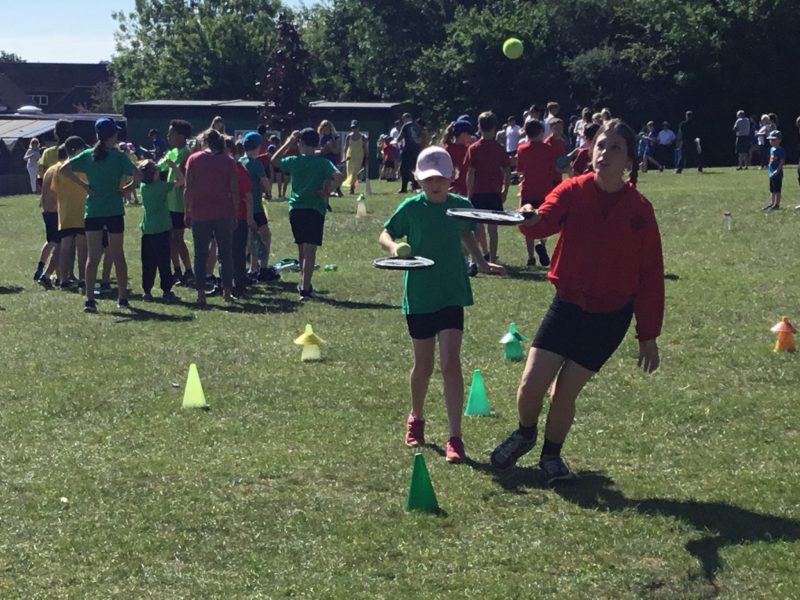 Our two year 5 classes have really enjoyed taking part in the cycling proficiency lessons and have been awarded with certificates for their efforts and the stages which they passed in.  The week began with an assessment of basic skills before progressing onto riding out on the road in small groups. Children learnt how to turn and signal safely to prepare them for cycling independently.  Children said that the course had been very helpful and they felt much more prepared for cycling on the roads. The only bad thing about the course they said was having to cycle in all weathers as Mercury children got extremely wet one day!

The runners complete 2 laps of the Harpenden Colts football pitches along Cravells Road, which is an approximate distance of 1.5km.  We had 5 representatives for each race so 20 children plus reserves at the event. There are 4 races starting with the Year 5 girls then Year 5 boys, Year 6 girls and finishing with the Year 6 boys.

All our children showed outstanding commitment and enthusiasm in their races and supported one another throughout the whole event.  Manland had two top ten finishes in both the Year 6 girls and boys races, congratulations to Alice T and Dylan W. Unfortunately, Manland’s combined efforts did not get us a place in the top 3 finishing schools on this occasion.